eNest is a mobile personal emergency response device that also tracks the user at all times, and should the user be experiencing an emergency situation, he or she can call for assistance quickly and efficiently. Additionally, the eNest features proactive alarms that will issue an alarm in certain emergency situations when the user is unable to do so, such as after a fall or accident.

I had the oportunity to participate in this project from the early begining, from research to the industrial development going trough the concept phase, prototyping and refinement. The research and testing phase show us a market with poor user centered design, not only in the product design fact but also in the interface and usability of the diferent projects. So the deal became to deverlop a 360º project focus on elder people and child. A product intuitive, friendly and easy to use. Same as the platform behind, prepared and design for everykind of profile. 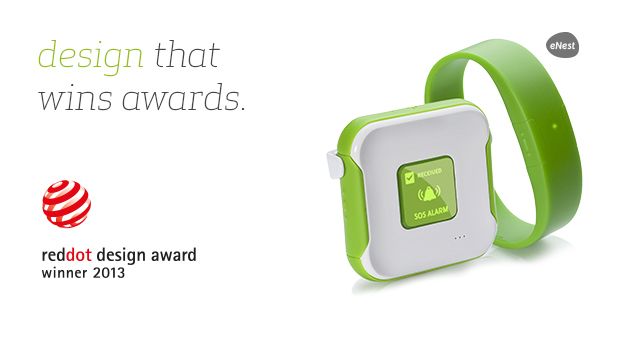